Ball pythons are the gateway pets to anyone new to snake ownership. Their calm nature, lack of venom and easy care make them great pets no matter what your experience with snake keeping is. But do you need a license to own a ball python?

Fortunately, you don’t need a license to own a ball python. Basically, this is because they are too short, have no venom and pose no threat. They don’t even cause any damage to the local habitat if set free. But there are some places where it is illegal to own ball pythons.

That is only part of it. There is more to it. So, if you want to know more about owning a ball python and licenses regarding owning a snake in general, keep on reading. I will take you through everything you need to know in this helpful guide.

Do You Need a License to Own a Ball Python?

Snakes are not that popular compared to say usual pets like cats and dogs. They are exotic pets and some do require licenses. Licenses for snake ownership are there to protect the owner, the snake and also the environment.

A license means you are qualified to own a snake as a pet and can take care of it without posing any danger. Having said that, not all snakes require licenses. Contrary to what people might think, you only need a license in owning a venomous snake.

It requires you to show that you can take care of the snake. You also need to prove that you have the necessary equipment like a cage for example. A reason for you to own the snake in the first place is also needed.

Ball pythons on the other hand are not venomous. They hunt by suffocating their prey. These types of snakes are called constrictors. Of course, there is no need for that in captivity, the owner will be the ones who feed them. Thus, you do not need a license to own a ball python.

The same goes for snakes like corn snakes too. As I mentioned already, ball pythons are a popular choice as pets amongst snake owners. Since they are short and also thin, they do not pose any significant danger to their owners.

You can also own ball pythons without a license in places like Georgia. You need a license for native non-venomous snakes in Georgia. Ball pythons are not native to those lands. So, a license is pretty much not required.

Is it Legal to Own A Ball Python?

Ball pythons are one of the most common pet snakes. They are generally legal to own. But there is a caveat though. Rules and regulations can change depending on the county or state you live in.

In Which Places are Ball Pythons Illegal in the USA?

As harmless as ball pythons can be, in some places and states in the United States, it is illegal to own ball pythons. It is very important to be familiar with the local laws where you live. This is to make sure of your safety and also be sure that you are not breaking the law in any shape or form.

In New York, it is considered a felony to own a ball python. Owning a ball python can give you jail time. This is quite the harsh law if you are in NY. Check with city officials for more information on this.

In Florida it is illegal to own any sort of pythons including ball pythons. In 2010 the Florida fish and wildlife commission passed a law that prohibited anyone from owning any type of python.

In Wisconsin, there is a straddling city called Wausau. It is also illegal to own a ball python in Wausau.

If you live in San Francisco, California, you may also be out of luck. It is also illegal to own ball pythons there. This is quite a surprise for most snake owners that are outside California since ball pythons are so safe to own.

Another shocker is Hawaii. It is actually illegal to own any snake in Hawaii and not just ball pythons. However, people do own snakes in Hawaii. But that shouldn’t be the case. Snakes do not have any natural predators in Hawaii.

This can allow the snake to do significant damage to the environment if they get loose. That is one of the major reasons snake ownership is completely banned in Hawaii. The fines, if you get caught owning a snake, can be steep.

You might be required to pay a whopping $200,000 in fines. That is not all though. There is also up to 3 years of jail time. So, people in Hawaii definitely do not want to own a pet snake or a ball python for that matter.

Arkansas is a bit interesting. There is a three-tier system. Pets can be either unrestricted, prohibited or permitted. There are strict regulations in breeding and owning snakes in Arkansas and almost nobody has a permit.

People living in the city of Council Bluffs, Iowa are also banned from owning ball pythons. That is also no less than a big bummer to snake lovers in the state.

In North Dakota, if you happen to live in the city of Minot, you are out of luck as well. Ball pythons are illegal to own there.

Are Ball Pythons Dangerous As Pets?

When we say that ball pythons are very popular as pet snakes, that isn’t just us saying it. These are statistically true. Ball pythons are popular because they are very safe pets. They are actually one of the best choices for first-time pet owners.

You will see a lot of snake lovers who have not owned a pet snake, choose a ball python as their foray into snakes and exotic pet ownership. They are not dangerous pets and with proper knowledge, taking care of a ball python is very doable.

First of all, they do not grow too large. Typical ball pythons grow up to be between 2 to 5 feet in length. However, some can grow to be 6 feet. That isn’t all that common though.

Ball pythons also do not have much of a temper either. They are generally very docile creatures. Since they are so small, it makes it easier for new owners to handle them without any trouble.

It is a combination of their small size, and calm demeanor that make these pets not dangerous at all. They rarely get aggressive and are very shy. Although, it is worthy of note you need to handle it properly.

Otherwise, as the saying goes, ‘anything with a tooth can bite’. And so can ball pythons. Sure, they can make you bleed from with a bite but they can cause any serious damage. If you follow the proper steps and procedure, it should be just fine.

How Much Does It Cost to Own a Ball Python?

As with all pets, there are some costs associated with ball python ownership as well. The costs can vary. However, first-time costs can be a lot. This is because you need to give your python a safe habitat.

Some of the things are a one-time purchase though. While others like food can be repeat purchases.

Your first major cost will be the python itself. Ball pythons can cost anywhere between $350 to $500. After that, you will need to purchase a vivarium to give your pet snake a calming place to live in. These can vary in costs.

It depends on the quality and the features you get with it. The range is quite large as well. It can cost you anywhere between $80 to over $700. Of course, you don’t need to go over the top when buying a vivarium. A good quality one will do.

I recommend you go through this article of best ball python enclosure to learn more about it.

Buying your ball python from a reputed place is a good idea since it sets you up for success. It will ensure you get a healthy snake. XYZ Reptiles is a great place to buy your pet snake. You can check them out by clicking here.

So, do you need a license to own a ball python? No, you don’t. It’s only that in some places in the USA you might just not be able to keep one by law. Just make sure to check in with your local laws to be completely sure.

I hope this article was informative enough to help you out with your queries. Have a great day and thanks for stopping by. 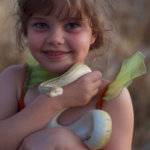 Are Ball Pythons Good Pets for Beginners? (Reasons Why) 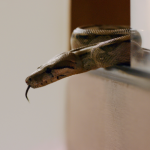 How to Find an Escaped Ball Python? (Easy Techniques)